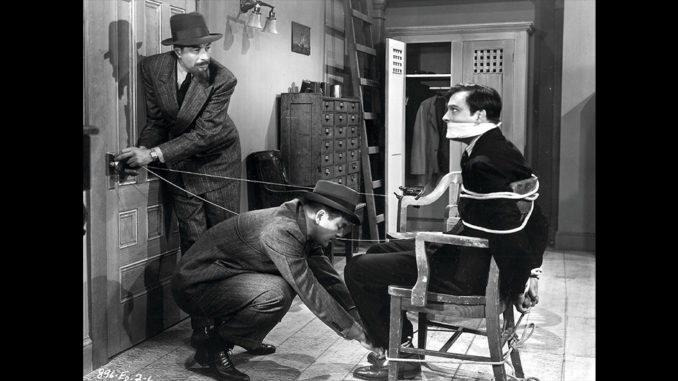 In 1935, F. Scott Fitzgerald was in deep trouble. His latest novel, Tender Is the Night had just failed. No major film studio would hire him. Daughter Scottie was in a pricey private school. Wife Zelda was in a pricier sanitarium. How could he save himself? Mynx Devlin’s memoir, The Atomic Bombshell, reveals the surprising answer. Fitzgerald writes a Republic movie serial based on a hit radio drama featuring six-year-old Clara (not yet Mynx) Devlin.

In the late 30s, F. Scott Fitzgerald would write a series of satirical stories for Esquire centered on the life of a burned-out screenwriter named Pat Hobby. Here we discover how Pat Hobby was born. Fitzgerald uses this name at Republic. He turns his fantasy short story, A Diamond As Big As The Ritz into an eleven-part serial called “Justice Dunn, Crime Smasher!” Mynx Devlin scholar Skyler DeWolfe describes the work this way: “One can sense the pleasure Fitzgerald derives from throwing off the shackles of poetic realism. He’s no longer the Great Author Gone to Seed. He’s not Writing for the Ages. He’s just a workaday scribe hacking out a living trying to entertain people, just as he was in his happiest days at the beginning of his career when he’d copy stories from popular magazines to master the craft.”

Mynx Devlin was F. Scott Fitzgerald’s sounding board as he wrote these chapter-plays, with titles like The Buzzsaw of Peril! and The Fuse of Doom! She describes his pleasure at throwing off the burden of creating great literature and coming up with a really thrilling potboiler. She writes, “He bounces every plot twist – buzz saws, flying vampire monkeys, volcanoes, infernal machines of slow torture, hissing radiation bombs, and hypnotism by television – off me before committing it to paper.” The serial is a modest success, but not enough to bail Scott out of his troubles. She never sees him again, but she feels the grief buried inside the comedy when she reads The Pat Hobby Stories in Esquire.

Read more about F. Scott Fitzgerald in Mynx’s memoir, The Atomic Bombshell: A Memoir By Clara Devlin As Told To Hazel Matthews.