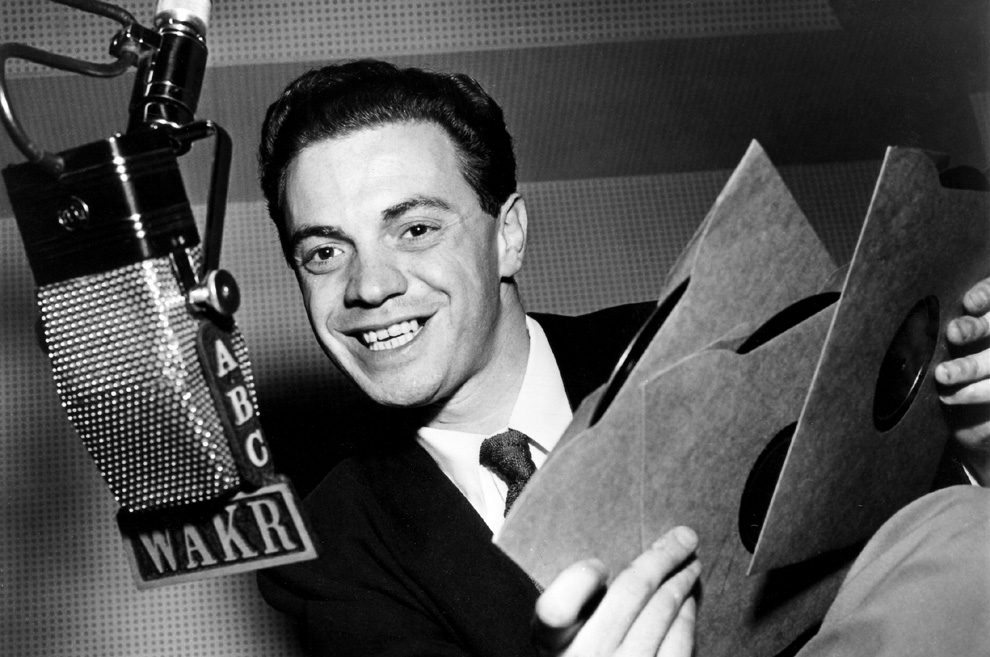 A new generation of film lovers are discovering Mynx Devlin in the podcast The Atomic Bombshell. Then they’re taking a deeper dive into her life with her sensational tell-all memoir of the same name. These movie buffs are discovering a singular cinema star: smart, sexy, and charismatic. Mynx was an icon in 1940s film noir. She was a “scream queen” in 1950s exploitation films. And she made one sensational foray into rock and roll. This happened right at the moment when that genre was exploding in the United States and around the world.

Mynx famously made 18 movies in 18 months for producer Herbert W. Zoozman. The films were released in 9 double-bills. America’s drive-in owners ensured that all eighteen movies cleaned up. The very first film was Study Hall Rock! Mynx starred as “fast” teenager Cherry Sue Jones. Cherry Sue dozes off in her boring homemaking class and dreams that she’s a special guest at the Alan Freed Caravan of Rock and Roll Stars. The next 45 minutes of this 58 minute film is a cascade of early rock and roll stars shot against a limbo set, introduced by Alan “Moondog” Freed: the Del-Vikings, Gene Vincent and His Blue Caps, Chuck Berry, Clyde McPhatter, Frankie Lymon and the Teenagers, and Freddie Bell and His Bell-Boys.

Plant You Know, Dig You Later!

Besides being America’s biggest disc jockey, Alan Freed was a record producer. Herb Zoozman hired Freed to wax Mynx Devlin’s only known people pleasin’ platter, Study Hall Rock, the movie’s theme. That side never went anywhere, but a disc jockey in Memphis named “Steamroller Jackson” played the B-side. Plant You Now, Dig You Later. This record became a minor sensation, peaking at #73 on the Billboard Top 100 of June 9, 1957. (Note: a playable copy of this ultra-rare 45 currently goes for $375 on eBay).