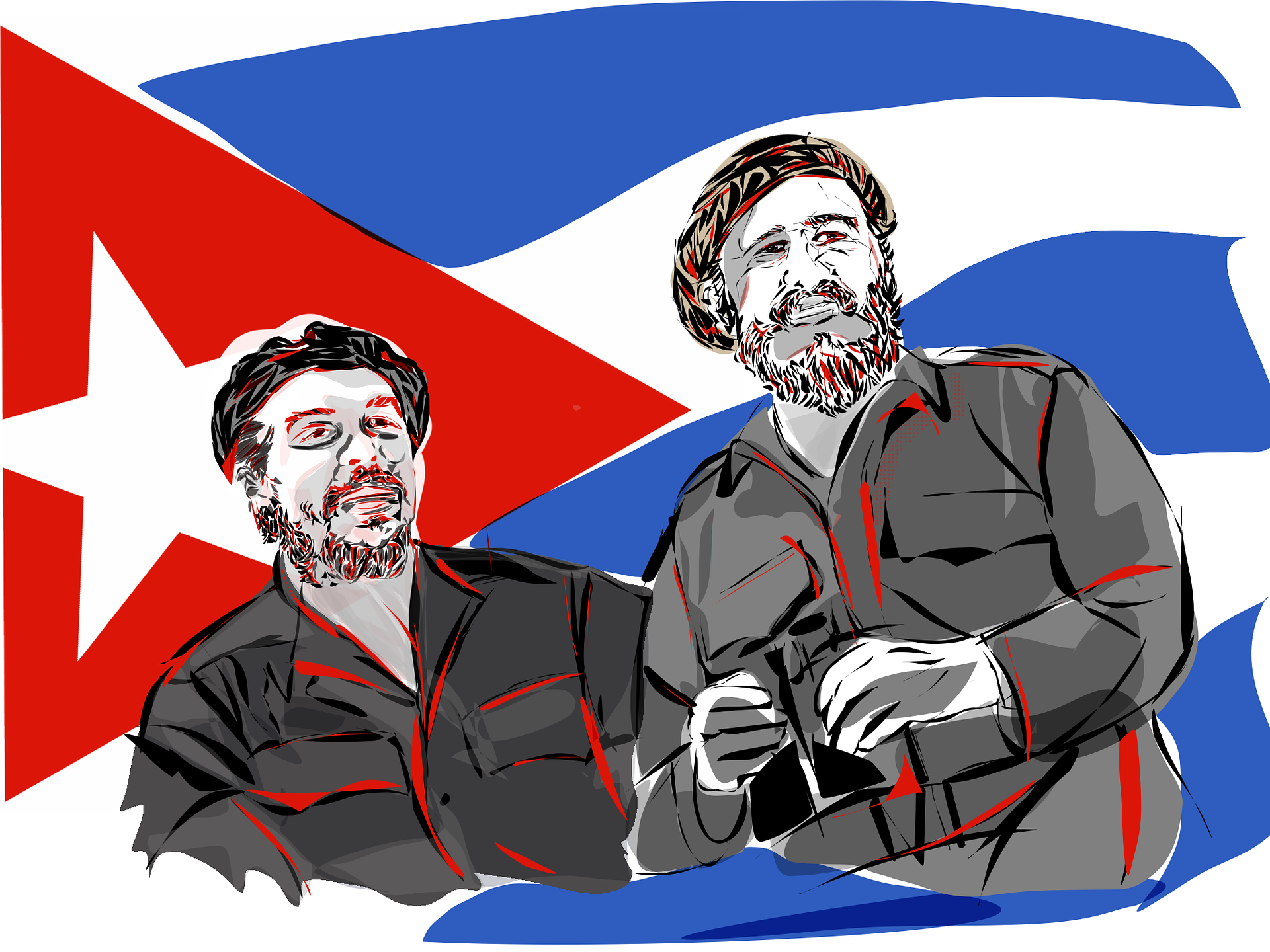 Episode #5 of The Atomic Bombshell finds Mynx on the run from the blacklist. Like a number of blacklisted writers, Mynx heads for Mexico, but this turns out to be only a stopping off point. She meets the Spanish surrealist master Luis Buñel. He offers her a part in his latest movie, a ‘lucha libre’ masked-wrestler movie starring the great Santo. And so Mynx finds herself in Cuba at a fascinating moment in history—the eve of the Cuban Revolution.

On the day Mynx Devlin lands in Cuba, Fulgencio Batista overthrows the duly elected President and takes over. He runs a brutal military dictatorship/kleptocracy designed to fill his coffers. And his eager customers include mobsters Meyer Lansky and Charles “Lucky” Luciano. Lansky and Luciano are frustrated by their efforts to “take over” Miami and Las Vegas. They want to control everything. They want to own the casinos AND the hotels AND the showrooms AND the associated prostitution and blackmail rackets. Batista is eager to give them everything they want. All he wants is a hefty percentage off the top. Lansky moves key mobsters to Havana to put his plan in motion. He instals Las Vegas mainstay Wilbur Clark to ensure that the casino games are on the level. (Havana casinos were notorious for running rigged games, alienating American moneybags tourists.)

Even as Batista tries to seduce her, Mynx has a fling with Fidel Castro. His career as a revolutionary springs directly from the reckless corruption of Batista. As with so many dictators, Batista lets his greed get the best of him. He’s running a military dictatorship and shoveling tens of millions in his Swiss bank account. He isn’t paying the Cuban soldiers in the Cuban hinterlands. Castro recruits these soldiers with a simple promise to give them food, money and power. Anyone who has seen The Godfather, Part 2 knows why Castro wins. His soldiers will die for the revolution.

The Dominoes Will Fall

This is the world of episode #5. All the dominoes that will tip over at the end of the decade are in place. Batista will fall. Castro will rise. Cuba will emerge as a Communist country intent on exporting revolution throughout Central and South America. The Mob is ecstatic with their operation in Cuba, oblivious to what’s happening outside Havana. When Castro takes power, the Mob is certain they can make a deal with him as they made a deal with Batista. What leader is going to turn down tens of millions of dollars every year? Fidel Castro seizes the hotels and kicks them out. And pretty soon the world is on the brink of a catastrophic nuclear war…where Mynx Devlin will once again change the course of history.