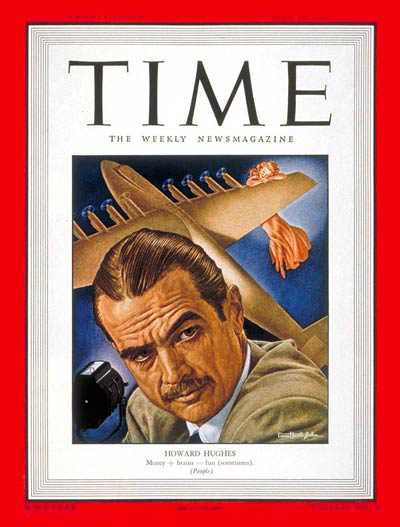 In the third episode of The Atomic Bombshell serial podcast, Howard Hughes tries to win the heart of Clara “Mynx” Devlin. How? By making “the greatest goddam movie ever made.” Could Hughes really have done this? Of course. Hughes bought his own film studio (RKO), in 1948. In the eight years he ran the studio into the ground, Hughes was known for two things. One was making a series of wildly unsuccessful anti-communist movies. The second was making wildly over-priced vanity productions to promote women he was pursuing. One of the zaniest of these Howard Hughes movies is the camp classic Son of Sinbad. Critics call this a “voyeur’s delight.” It featured 127 women, including Lily St. Cyr, a Hollywood strip-tease artist (known, by the way, as the “Anatomic Bomb”).

Two Howard Hughes movies in particular influenced the filmography of Mynx Devlin. The first was the notorious Jet Pilot starring John Wayne and Janet Leigh. Watch this and you’ll hear echoes of Mynx’s epic The Atomic Bombshell. Jet Pilot began filming in 1949. Hughes tinkered with it until 1957. He ordered re-shoot after re-shoot as the Air Force introduced newer and new jet aircraft. In the film Janet Leigh (like Mynx) plays a Russian military pilot. A turncoat? A spy? A spy turned patriot by loving John Wayne? My favorite part of this film: Janet Leigh (“Lieutenant Anna Marladovna”) never attempts a Russian accent. She speaks perfect English the whole time (even in Russia!)

The other Howard Hughes film reflects Hughes’s crazy approach to commercial filmmaking that might have produced Devil Girl of Cannibal Island. This is The Conqueror, an epic that cost six million dollars. You’ll know everything you need to know about this film with this one credit: “John Wayne as Genghis Khan.” You haven’t lived until you’ve seen Wayne eyeball Susan Hayward and say, “She is beautiful in her wrath.” At the end of his life, Hughes would watch two films — The Conqueror and Ice Stations Zebra over — and over from his sickbed in the Desert Inn in Las Vegas.

To quote our own film scholar Skyler DeWolfe, Devil Girl of Cannibal Island “is the most accurate journey through the demented imagination of Howard Hughes.”