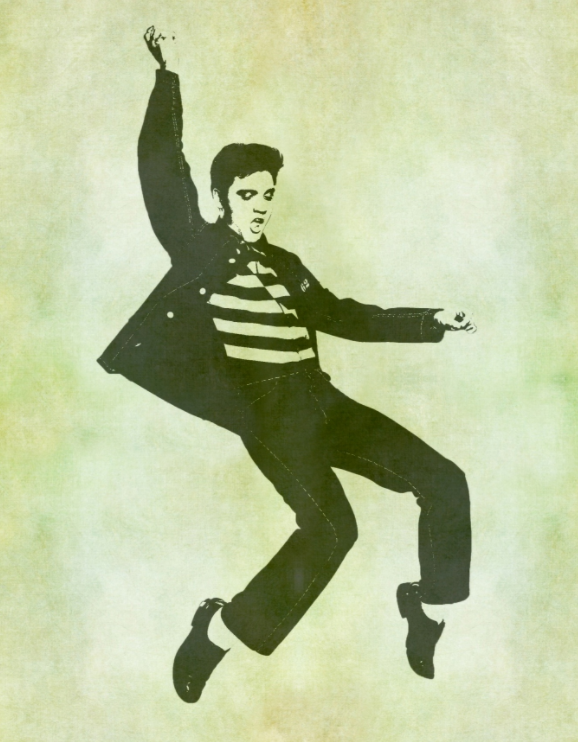 In episode 8 of “The Atomic Bombshell,” Mynx Devlin saves the free world from nuclear destruction. She does this by revealing the truth about Soviet intentions in the Cuban Missile Crisis. Then JFK needs cover for an arms build up in South Florida. What if the Cold War turns hot? That’s why he asks Mynx to star in a quickie Elvis musical called The Swingin’ Astronaut. And so Mynx meets Elvis Presley and has a fling with him during the shoot. So where does The Swingin’ Astronaut fit in the Elvis filmography?

The Moment Elvis Stopped Being Elvis

Elvis Presley transformed rock and roll. Suddenly baby boomers had their own icon to worship, and their own music to love. Elvis has four #1 hits in 1955, and four more in 1956. Then his manager, Colonel Tom Parker, got him into movies. His first films showed promise, but the Colonel just wanted to make money. The quickest way to do that? Find a formula and make ’em quick and cheap. Movie fans could see Elvis begin to lose interest in 1962’s Girls! Girls! Girls. The next film would be The Swingin’ Astronaut followed by It Happened At The World’s Fair. This is when Elvis — dangerous, sexy, provocative, seductive — became Elvis, bored puppet being yanked this way and that by people who didn’t understand him or rock and roll. And this was the exact moment that the (young Elvis loving) Beatles were exploding rock and roll and leaving him behind.

The Tragedy of Movie Elvis

The Colonel produced Elvis’s movies. The movies cost two million dollars. Elvis got a million of that. The other million was spent on the shoddy productions. The Colonel didn’t want Elvis working with the best songwriters like Lieber and Stoller: they wouldn’t sell their work to him. That’s why Elvis sang songs like Do The Clam and No Room to Rhumba In A Sports Car. In creating The Swingin’ Astronaut, I wanted to hit that perfect note of Colonel inspired banality at the very moment when Elvis was giving up on himself. (Personal opinion here — I think the nadir of the abyss of movie Elvis songs is He’s Your Uncle, Not Your Dad from 1968’s Speedway. From Jailhouse Rock to…a march?? Sigh…