The 40 Thieves and Mynx Devlin

January 3, 2021 R. Lee Procter The Atomic Bombshell Comments Off on The 40 Thieves and Mynx Devlin 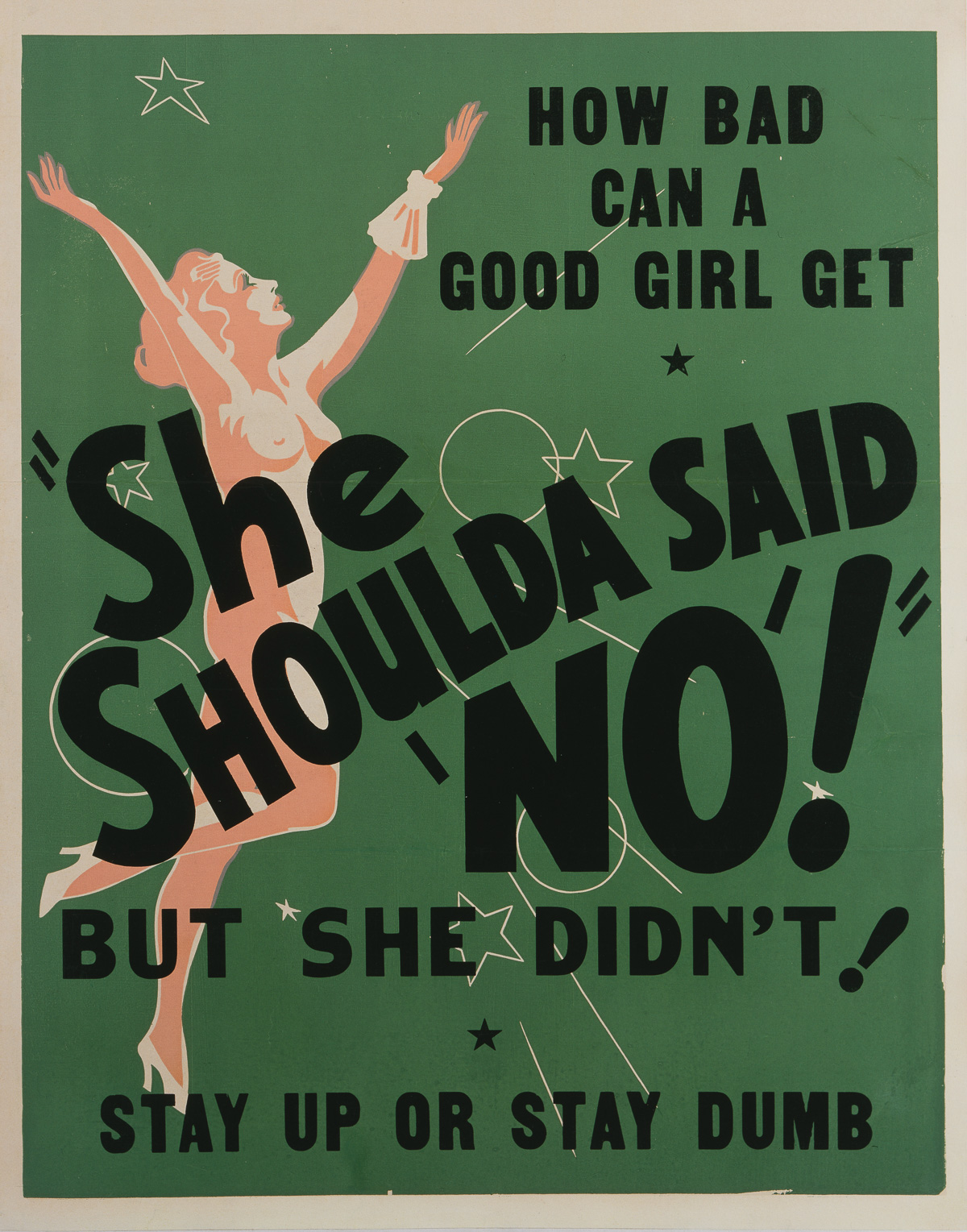 In episode #7 of The Atomic Bombshell, Mynx tells us how she got into the exploitation film business. She meets threadbare movie producer Herbert W. Zoozman in a graveyard (!) where he asks her to star in his latest quickie, Jail Bait Baby. Zoozman is one of a notorious group of exploitation film producers called…

This was the notorious gang of carny hustlers, con men, bunco artists, hucksters, and swindlers that carefully observed the birth of the Motion Picture Production Code in 1934. Why? Hollywood was trying to censor itself so that local film boards (especially in the Bible Belt) wouldn’t censor them. Producers like Zoozman noted what Hollywood was banning: Vice, Prostitution, Drugs, Drunkenness, Gambling, Nudity, Racketeering, Murder, and, of course, Sex. The Thieves then gleefully put all these topics at the center of their crude, homemade exploitation films. These included sex hygiene films, vice racket movies, sex-crazed dope fiend pictures, burlesque epics, goona-goona (forbidden jungle love) flicks, and “nudie-cuties.”

How to Fleece The Chumps

No legitimate theater would show a film like Jail Bait Baby. It featured drunkenness, illicit sex, an out-of-wedlock birth, murder, and finally, shocking on-screen footage of childbirth. That’s why Zoozman and Mynx hit the road. The 40 Thieves would travel from town to town in the South and Midwest and then “four wall” the theater: that is, rent it out for a Friday and Saturday night. Then they would spend the week hyping the “forbidden” nature of the film. “Men only at 6:30, Women only at 8:30. A live nurse in attendance in case anyone faints.” The Producer himself would man the box office. After the last show on Saturday night, they’d leave town, often one step ahead of the Sheriff. These producers liked making money, but they loved the rogue aspect of the profession. The only thing shocking about these films today is how innocent they seem.